Spring is a great time of year to be out, not least because it gives the chance to get stuck into some fit and feisty fish that are hungry after the winter, especially given the floods we have encountered. However, 2014 is proving somewhat inconsistent. Time it right and there is the chance of some great sport, especially on the dry fly. There have also been days where the fish have proven really hard to come by. Tough.

I had the pleasure to take Ian out to teach him a range of stillwater techniques. It was a day of great sport and the fish are feeding hard on buzzer. Slow drifts, just keeping in touch with a team of three produced some arm-wrenching takes and fine rainbows and blue trout were the reward. In brighter conditions, small lures pay dividends. Blagdon and Chew have also been producing fish to lures but when the conditions are right, there's already a chance of fish coming to the dry.


Early season hatches are usually a civilised affair, with the bounty occuring at around lunchtime. We have had some good flurries of Grannom that have brought the fish to the surface. Make the most of these though as they are gone as quickly as they started.


Most recently I fished the Usk with a good friend. Conditions were tougher than tough and, whilst going after big fish is always a potentially frustrating affair, the fish we did find feeding were amongst the spookiest I think I have ever encountered. I will be back there soon! 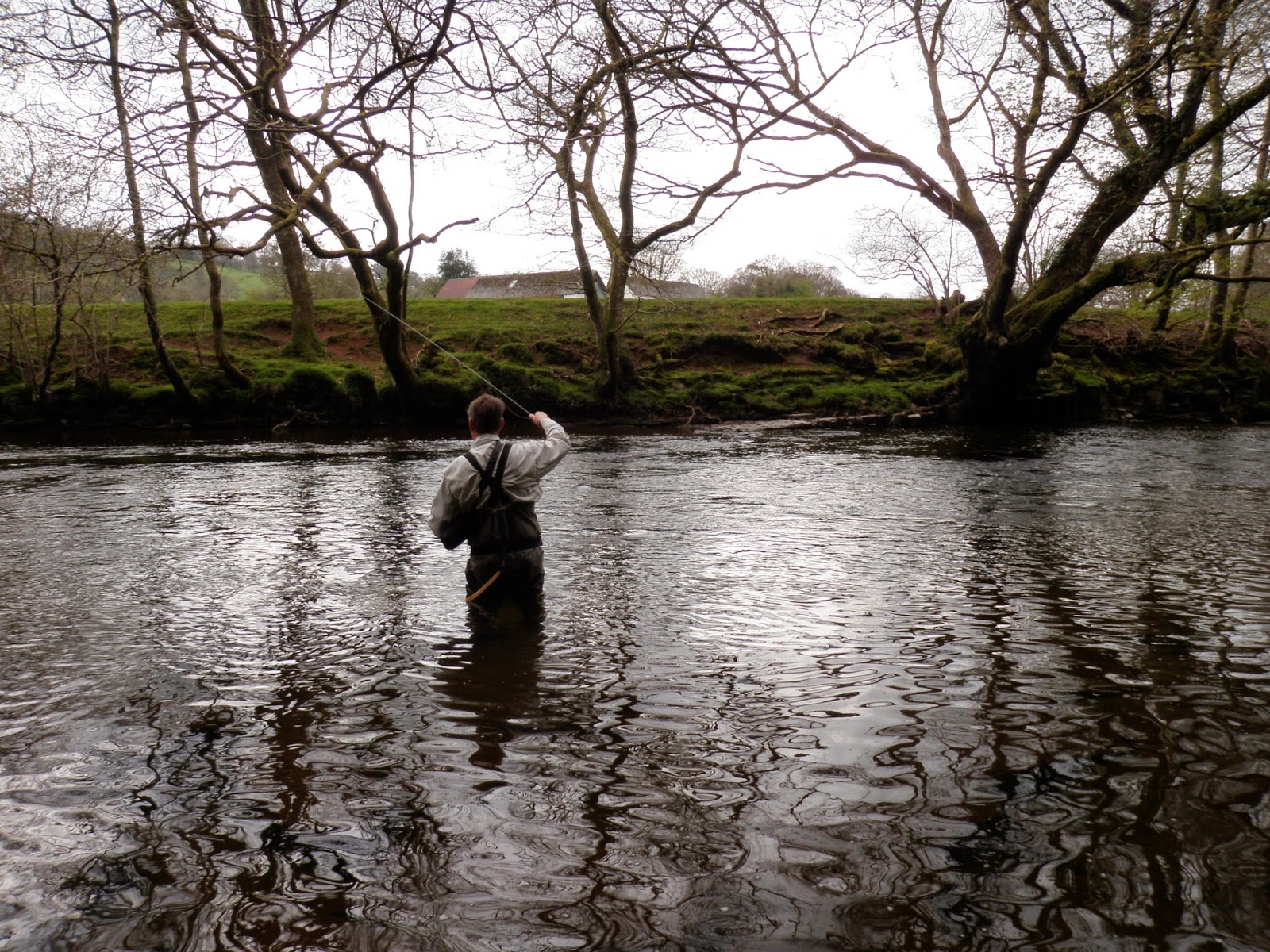 Fly hatches were sparse and highly inconsistent. It was interesting to see a few Turkey Brown Duns (Paraleptophlebia submarginata) on the surface - a species that usually hatches a little later in the season.

It won't be long before we start to think about Mayfly - infact I have already heard reports of a few hatching in April! In this month's Fly Fishing and Fly Tying, I offer my favourite spinner pattern that has been serving me well. I hope you enjoy it.

This is tied on the Partridge Extreme Klinkhamer (15BN) hook.

~Dave
Posted by Dave Wiltshire at 10:10 No comments:

The 2014 trout season has started and it wasn't long before I netted my first brownie of the year. Plenty of fish about although they're lying deep. It won't be long before the Large Dark Olive persuade them to feed on the surface.