Whilst a sparsely dressed paradun is my preference for those fish taking duns, I am increasingly carrying traditionally hackled patterns and finding success with them when all else fails. Further, some sort of wing seems to be essential and playing around with the colour, size and material allows you to explore the effectiveness of this style of dressing.

Possibly my favourite, a CDC wing can tied without a hackle, but for faster, more boisterous water, the addition of a hackle is useful: 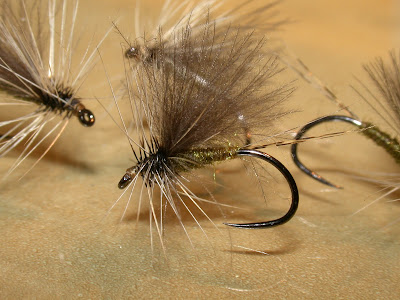 A Poly-yarn loop wing has also served me well this year: 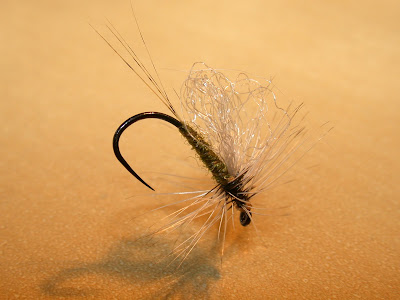 The wing here is tied using 'DNA' in olive. This is the same material used for the spinner wings in the previous post. Tied in and looped through the hackle, this is a useful version for those flies that are riding the surface waiting for wings to dry: 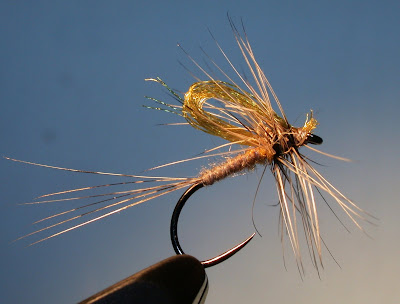 A short session at the vice allows a few variation to be produced. When tyying several patterns in a session, it's a good idea to keep them ordered in a compartment box before adding them to the main fly boxes: 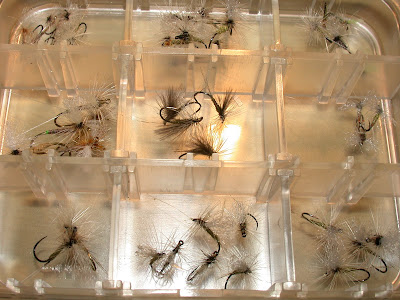 fancy showing us a personalised version of a pink shrimp? a grayling classic. cheers Callum