We have had a week of steady pressure and dry weather which has left the rivers looking at their best. However, it was an early start on the lake today, meeting Ben and Fraser who were joining me for some casting tuition before heading further North to tackle some feisty fish at a Gloucestershire fishery.

A beautiful place anyway, the morning mist seems to make the countryside even more special. It was very pleasing to see a few immediate bow waves and rises upon arriving at the lake. It seems this was just a taster; as the morning progressed, the fish increased in activity. Fish were boiling all over lake.

Well done to Fraser who grasped fly casting really well, finding his feet and making some beautiful casts. Ben found some action amongst the hatching damsels: 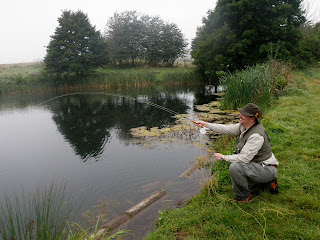 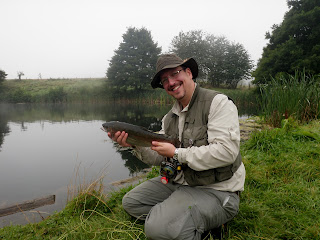 Well done guys! I look forward to the next time.