On Monday I had the pleasure to deliver a tying presentation to the Herfordshire branch of the Fly Dressers Guild. A motivated group they are too and I was delighted that they took such interest in the 'Small dress, big catch' evening, where I demonstrated the tying of simple, imitative river patterns.

I had decided to make the most of travelling up to Hertfordshire and found myself fishing the tiny chalkstream, the River Ver: 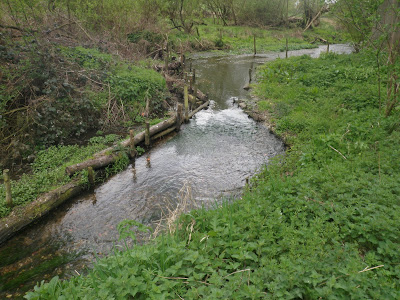 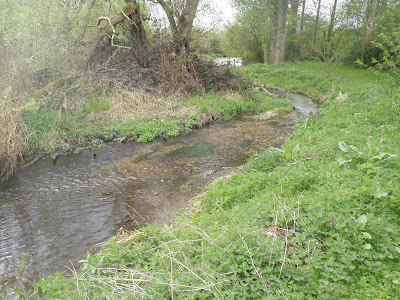 A tricky head wind made presentation tricky at times. The secret was to take your time with these fish, watching them carefully and slowly gettying into position before making the first casts. After a few spooked trout left a plume of silt, I eventually found a fish holding mide stream, quatering and picking off nymphs as the trundled past. The occasional rise gave hope for a little dry fly sport, but nymphs seemed to the best bet for success. A small shrimp pattern pitched well ahead of the fish seemed to do the trick. Watching the fish turn to take the nymph meant timing the lift perfectly was essential. 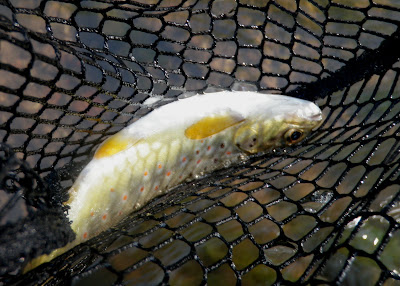 Whilst many of the fish were palm sized, careful stalking and peering into the darker pools found a much larger specimen, easily pushing 2 pounds. Indeed, on closer inspection, its bigger cousin was holding in the flow next to it. Tackling these larger fish in such small rivers is never easy, especially as they are easily disturbed. 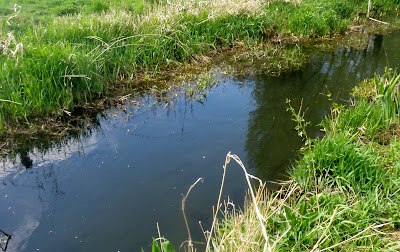 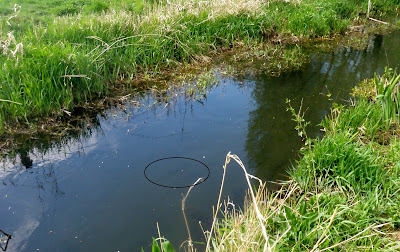 A V Caddis pitched above and allowed to sink so it drew past the fish provoked immediate interest. The fish twisted to the side an picked up the bug. At first it kited downstream, seemingly a little unsure that it was hooked. But a sudden darting upstream left my reel singing, a cloud of spray and then all wetn slack as the superb fish parted company. I guess you can't win them all.

Thanks to the Hertfordshire FDG. I will be back to tackle this stream again.