It's with regret that I have had to cancel the grayling day planned for the 30th of December.


I have been visiting the river and checking EA data and the river is (again) high and very coloured. Today’s visit found a very swollen and coloured river and the forecast suggests another significant fall of rain on  Friday and Saturday. Not only would the fishing be extremely difficult with these conditions, there is a safety aspect to consider too.

The pictures from this morning say it all really: 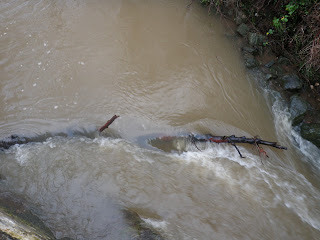 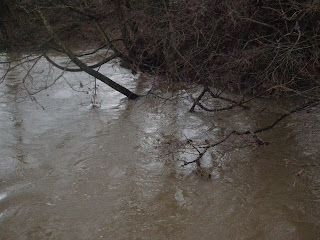 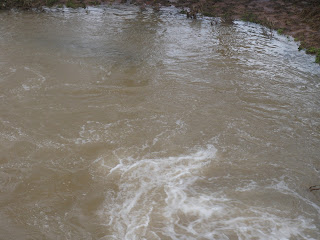 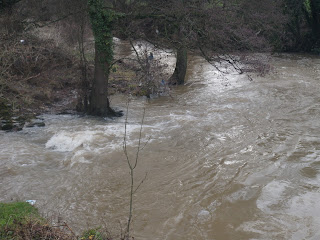 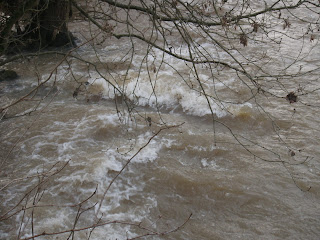 ...Christmas to everyone who reads and follows the River Fly Box. 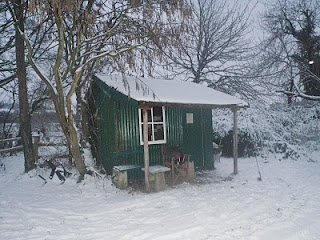 Wishing you all a peaceful and festive time.

The amount of rain we have experienced in the last few weeks has been incredible and this has rendered the rivers unfishable; sometimes dangerous. Last weekend we ventured out hoping to find some hungry grayling, but despite trying to get above the coloured water feeding into the river, conditions were against us.

Frustration struck in as we tried to find Mike his first grayling. Despite a grand effort on his part covering the water methodically, it was not meant to be. A loan grayling graced my net just before lunch, but the colour was increasing - the polar opposite of the chances of more grayling. 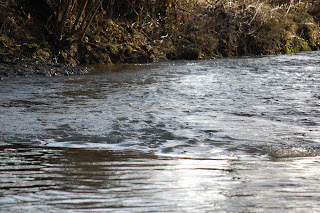 Another belt of rain is set to hit this weekend and bring the river up again. Some pike fishing maybe on the cards or a festive trip after some winter rainbows - all will depend on these oppressive weather fronts.

I am running a grayling day on 30th of the month and my fingers are firmly crossed that the rain will ease long enough to bring the river back into fisheable colour and height.

If you are out and about this Christmas, wade safely and take care. Wishing you all the very Happiest of Christmasses!

It's not long now until Christmas is upon us; the weather is turning colder, leaving us all wondering if it's going to snow over the festive break. If you're looking for that last minute, special present, then please do consider a River Fly Box voucher.

Whether it is for a day's fishing or an hour or two's casting, vouchers are available from £25 upwards. Whether it's a seasoned angler that wants to develop their casting even further or a complete beginner, sessions will be tailor made to suit the requirements of the lucky recipient. 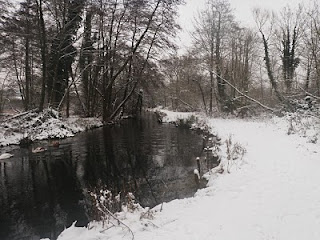 Don't think it has to be redeemed in the Winter time either. We can arrange for anytime in the season to suit (when the fly are puring from the river and the evenings are long and balmy!).

... and don't forget, sometimes it's nice to treat yourself once in while ;-)

Those rivers that are not visited much in the winter always offer a suprise in April, following the usual winter heavier water and floods. Often pools have changed in character and the currents have altered, changing the holding positions for the fish and areas for future weed growth. Usually this is due to months of higher water, scouring the bottom and shifting debris around the river. This 'flush' is essential for the river's health, not to mention the cleaning of gravel, so important for the redds and the future stocks of fish.


After last week's unprecidented rain fall, the flood waters have ripped through the rivers near me. Having cancelled trips further afield, I headed to my nearest river to dust off the 10' #2 rod in search of grayling. Havinf only been there a few weeks before, what greeted me was suprising. Visiting today gave me a strange, somewhat empty, feeling in my stomach. A week of floods have changed areas of the river hugely. Huge (scary) amounts of shifting gravel and sediment is evident, and clearly a lot more has been dragged into the river from the fields during the water's retreat. The usual flood debris was present, but this time some 15 feet in the trsse and deposited tree branches were replaced by deposited trees trunks. It's a firm reminder of the respect all waterways demand ~ this is not even a big river.


It was a crisp morning and the river was still high. The further upstream I walked the clearer the river became. However there was a noted 'silence' about the river today: the feeling that it had really taken a pounding - as I am sure many of its inhabitants also did. 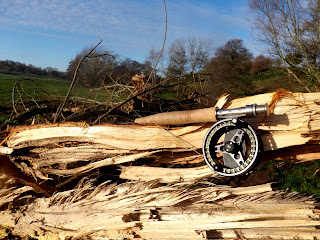 No grayling showed today. Instead, out-of-season brown trout were the only fish willing to snatch my deelpy fished nymphs. 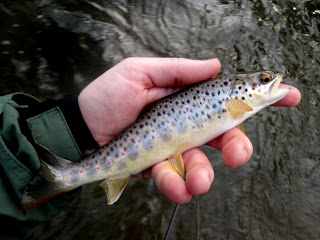 More rain is falling tonight, but I am trusting the forecasters when they say we shouldn't get another deluge in the near future. Certainly the colder weather suggests we're on for a cold winter.

Fingers crossed for some more settled, cold weather. I am running some grayling days over the next couple of months and it would be great to think the river will be in tip-top condition.