It's grayling time and the Gammarus imitations are on the menu. I'll be tying some of these at this weekend's IFISH show: 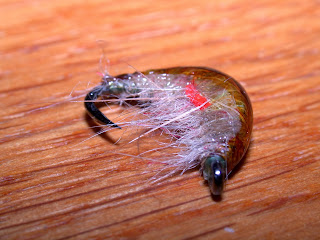 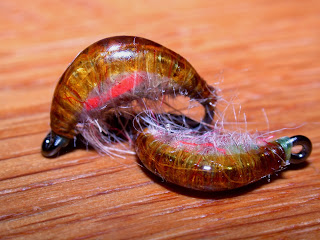 As we approach the winter, I have a few offers / last minute sessions available -partly due to cancellations (and partly because we are not a million miles from the festive season!)

If you're interested in booking any of the following, please email me here


I also have some fly selections available - some cancelled orders (hence a very low price!) and also some boxes I have from preparation for the IFISH show at the end of the month: 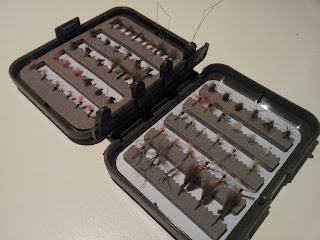 
Posted by Dave Wiltshire at 19:54 No comments:

Peak condition and another record.

Another record set then for temperatures? I have heard that October should hit the books for being one of the warmest on record - and that has had a significant impact on the fishing. By the start of November I have usually started my grayling fishing with real enthusiasm. But my nearest rivers remain low and, whilst the chalkstreams are but a stone's throw away, it just doesn't feel right - when the temperatures remain upwards of 15 degrees.


In the last week or so, the winds have been strengthening and the rain has been falling - and colouring up the river. Prospects are good and there are plenty of cased caddis providing a food reserve throughout the winter months. Despite tricky weather and river conditions, I have still been able to deliver some casting lessons and even a little bit of guided fishing - but on stillwaters, chasing rainbows. And it is here that the fish have remained active in the upper layer - clearly hungry and on the look out for late season food.


It has been more like summer- stalking big rainbows in the shallows - because that is where they are hanging out. So it has been crunchers and mini-lures in the top 12" of water... and even some dry fly action.


So, whilst I am in the midst of completing plenty of tying, I am secretly looking forward to the temperatures bottoming out - and the lady of the stream finding some buddies to shoal up with. I will hopefully be reporting back with news of a few 'big-girls' in the net. As I write, the rain is falling - and hopefully giving the rivers a much needed boost.