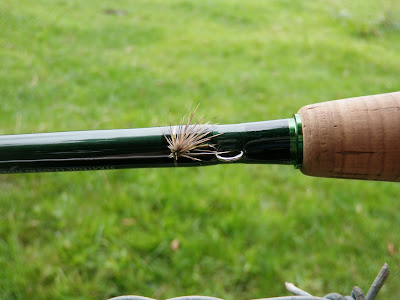 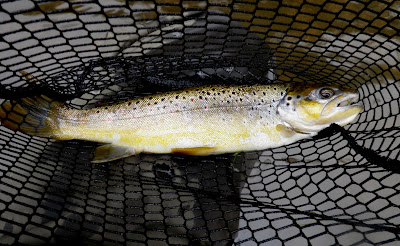 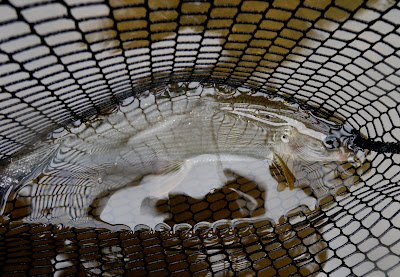 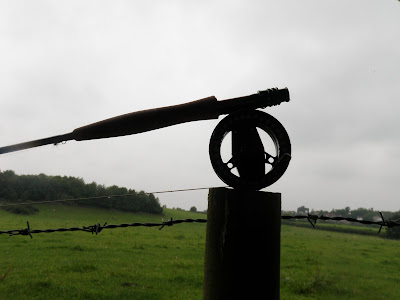 A delightful but tough afternoon and evening on the Wylye. Starting condition were perfect, but an increase in cloud cover, an increasing breeze and a slight drop in temperature was enough to put the fish off. When the cloud broke and the sun shone through, the fish started to show interest again: 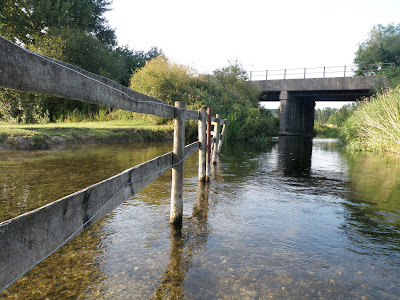 There were small grayling willing to play ball, happily rising to an F-Fly.

There were plenty of Mayfly (Ephermera Danica) fluttering about - this river shows late trickles of the large specimens. There were lots of nymph shucks floating down: 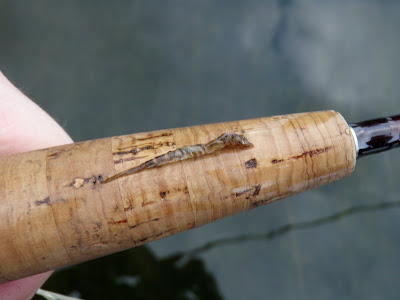 A loop emerger tied on a Partridge 15N 'Gold' did the business with some very selective trout: 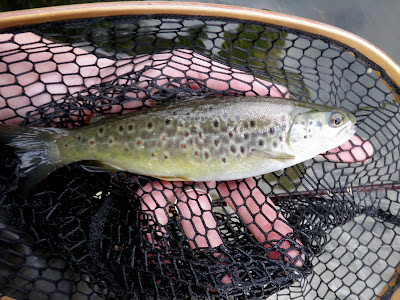 Allowing plenty of slack line into the leader helped to overcome some tricky currents. I was pleased to put the net under a nice grayling: 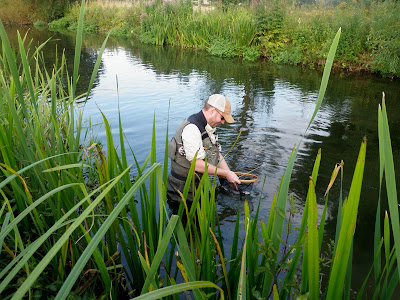 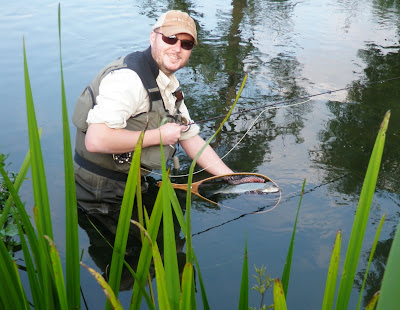 My sincere thanks to Roger Fagan for the invitation to fish this beautiful part of the river. Challenging fishing makes the success you do have even more rewarding.

~Dave
Posted by Dave Wiltshire at 08:40 No comments: 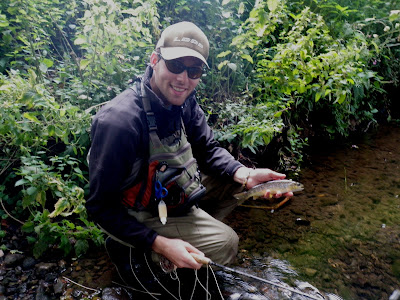 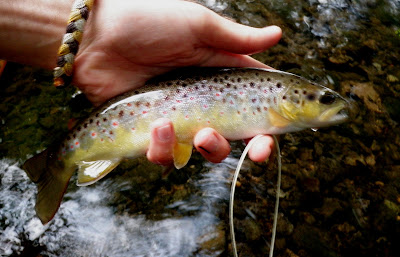 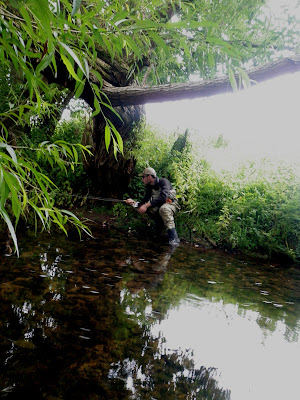 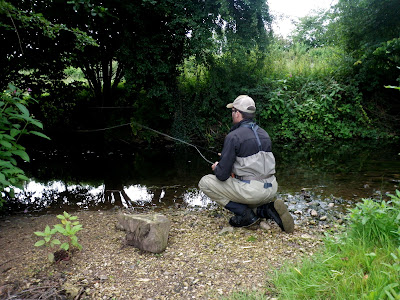 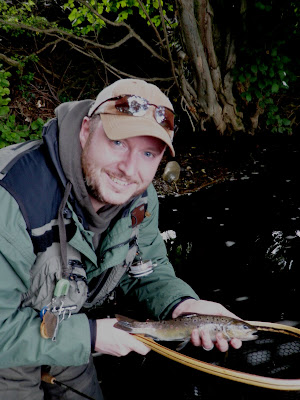 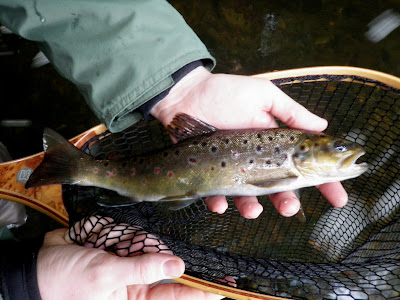 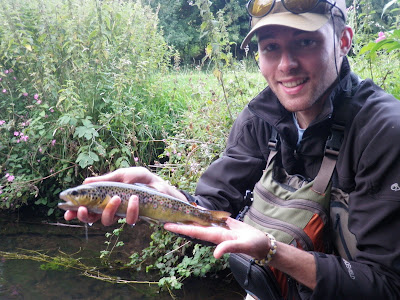 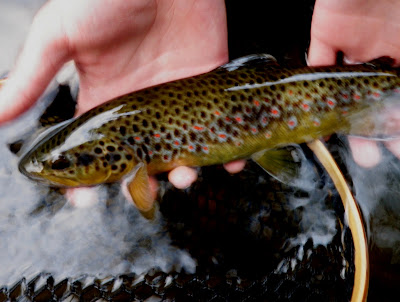 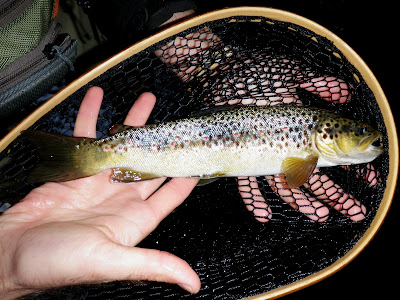 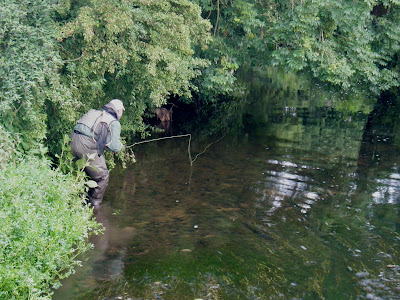 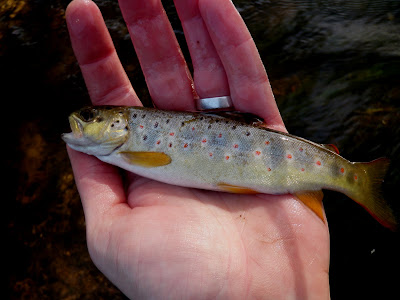 Get those tiny dry flies out, the fish are smutting! If you are faced with those tricky, dimpling rises to apparently nothing, then there's a good chance they are either taking tiny midge rf quite possibly terrestrials. Tiny beetles, ants or aphids are a definite choice and it's worth offering the fish something smaller to tempt them.

Fishing tiny flies may not be fill everyone with joy, but they really do work. I am finding success using Varivas hooks - sizes #27, #28 and #30 all have a place. Don't worry - even the fine wire hooks will hold!

CDC is useful for suspending these tiny offerings, but a pattern sunken will also work well, watching the leader for takes. Those surface bsed offerings should be in the surface film. 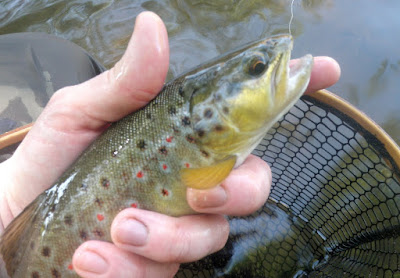 We have had some 'big' rain today... from the driest warmest April to what must (surely?) be the wetest June and July. Things are starting to liven up! 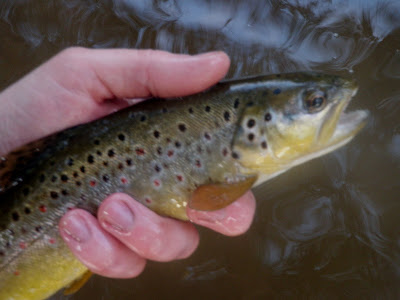 ~Dave
Posted by Dave Wiltshire at 22:43 No comments:

Warm, summer evenings are often an invitation for some spectacular fishing - especially when faced with a fall of spinners. The air is just filled with them at the moment, and whether they fall to the surface spent or crawl down vegetation and tunble down through the current, both brown trout and grayling will make the most of the opportunity: 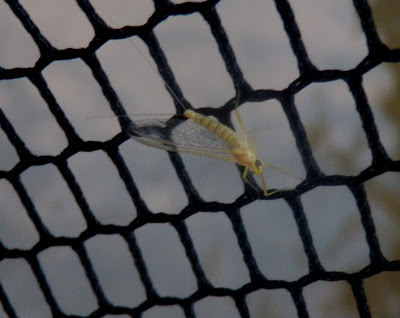 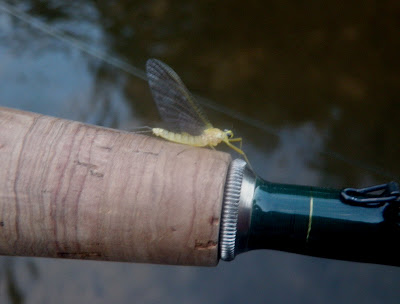 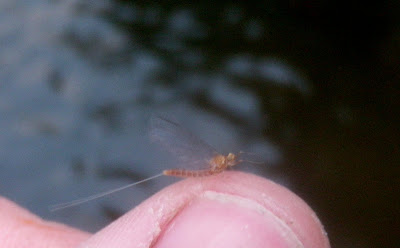 A dedicated spinner pattern for tough times: tied on a #28

Although imitating a different stage of their life-cycle, a paradun can also work well durng spinner falls:

There are some nice synthetic materials which can be used to hint at the glistening wings of the spinner: