The wild garlic is just starting to poke its head up along the river bank and there's a hint of spring in the air. Today was to be my last effort with the grayling this year - afterall, the River Usk opens it doors for Trout next weekend and other weekends will be given to teaching and a little bit of river management before the 1st of April.


The river was clear and looking very inviting. I was only on for a very short session; the wind was biting and flurries of snow were falling. It was great to walk the bank with a semi-firm foot fall. I actually cannot remember the last proper rainfall. Now it's been a while since we have been able to say that. 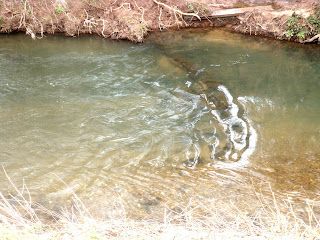 The lower, clear water meant that stealth was, as ever, really important and my feeling was that a French leader would give me a little extra lead over the fish with the added bonus of the super-sensitive take detection. Simply, it was a small jig on the point and a natural shrimp on the dropper. It wasn't long before a trout hoovered the point fly and kicked around in the current. A nice fish too... just a few weeks too soon. The grayling were not too far away though.


I am currently offering a few lots to be auctioned for the Monnow Rivers Association. Please take a look at these and the other lots. The money is well used for habitat restoration and management:

The diary is filling up now with demonstrations and teaching (along with some great fishing for myself!)  and I am really looking forward to the 2013 season.

Thanks to all of you for following along and your continued support.

I spent Monday with the Wild Trout Trust, looking at the River Chew and judging its potential. Spilling from the huge Chew Valley Lake, we are very lucky to have access to a really fantastic stretch of river that changes in characteristics throughout its length - and this gives so many possibilities for fish and invertebrate populations. There is already a superb head of wild trout and grayling and very good fly life. However, having the opportunity to discuss habitat restoration and improvements is not to be sniffed at. Theses guys really know know their stuff and I cam out of the session enthused. This is a small step forwad that could potentially lead to years of work and development. Exciting times ahead.

The Trusts's work is wide and varied and I suggest checking out the WTT website. 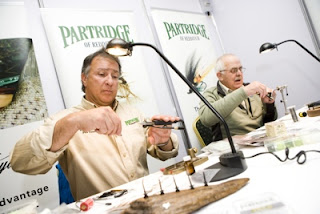 ~Dave
Posted by Dave Wiltshire at 19:20 No comments: