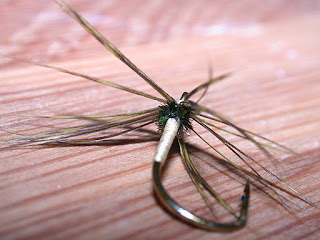 Without the peacock herl thorax: 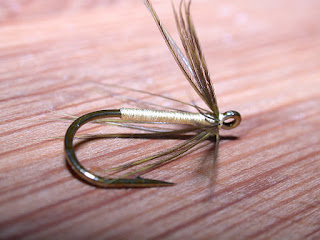 The thunder clouds roll over behind: whilst holding 10 feet of carbon at arms length may sound like madness, these unsettled condition are stirring things up on the river. 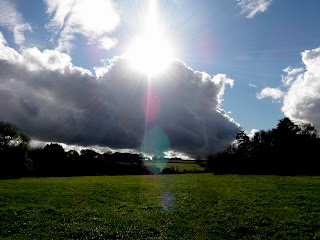 Some huge caddis were fluttering about apparently unmolested - but nymphs were being targetted amongst the deeper pools: 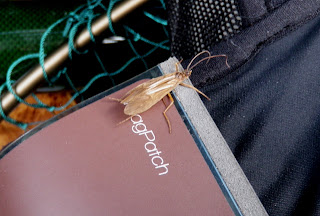 I have been waiting in anticipation for the new Partridge 'Classic Spider' hook. First efforts just had to be the Partridge & Orange - tied very sparse on a size 14: 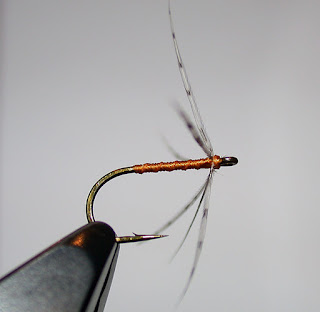 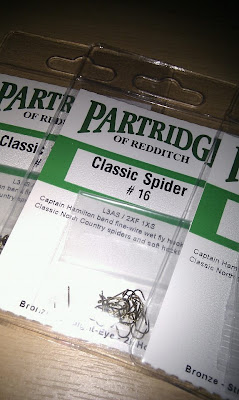 Addition to the RFB: The Foam Beetle 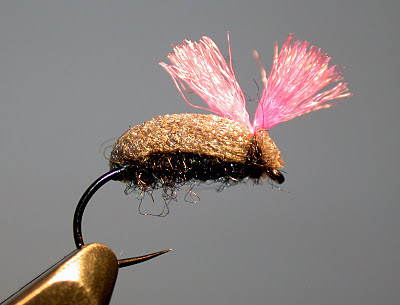 This addition to the River Fly Box has been a long time coming. It's a superb little pattern that has served me well. I have huge confidence in its ability to move even very picky fish ~ add to that the simplicity, it is a top pattern in my fly box.

I hope the tutorial helps and that you also find success with the pattern. Not confined to running water, this also works well when fished loch style, pitched in front of rising fish.

Mid-October - surely that means crisper, colder mornings and the anticipation of more rain fall helping to return to more healthy river levels? I managed to get to the river - more in search of grayling than with an aim to finish my trout season. Armed with the longer rod and couple of nymphs, my gut feeling was one that searching the deeper gutters and runs could provide some good sport, despite the desperately low levels.

However, whilst peering into the first pool, my attention was turned to a rising fish in the next which shattered the surface. No need to wait too long before it showed itself again, followed by another good rise in the tail. With the sun directly behind me, the only way was to creep slowly into position, using the higher bank to avoid casting a shadow. Off came the nymphs and tied on was a foam beetle with pink sighter. Casting over the shoulder I plinked the fly into the tail and it was savaged immediately. The rod's bend said it all, but all went quiet as the hook hold failed. Was that it, or would that first fish further up the pool oblige? After seeing the fish show again, an accurate, slack line cast was needed to land the fly in the small foam line. Shortly after, a beautiful, sizeable brown trout lay in the net: 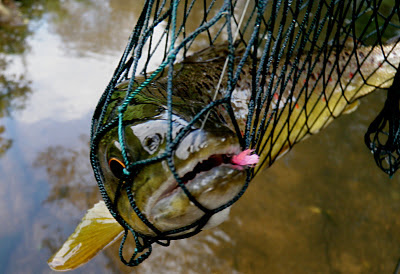 Another fish followed; my 2011 trout season had ended on a high. Now where are those cold snaps and grayling flies? 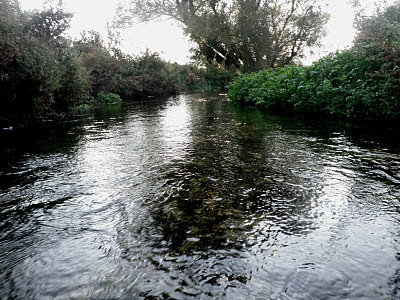 ~Dave
Posted by Dave Wiltshire at 21:12 No comments: 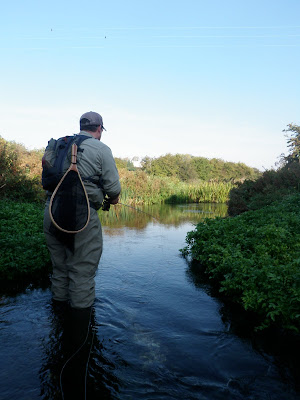 ~Dave
Posted by Dave Wiltshire at 21:53 No comments: