The other night I found myself tying some CDC emergers to re-stock the boxes for next season. I enjoy it when I get into that rhythm of tying where you tie very efficiently. Sometimes you can get there - other times you an't, no matter how hard you try.

Anyway, I finished tying them and started to put them into the boxes when I noticed a couple of hen capes I had not put away. So I thought I'd tie some spiders as well. I thought I'd post a couple: 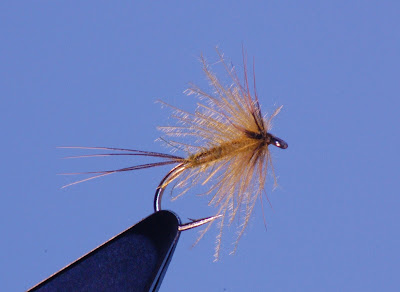 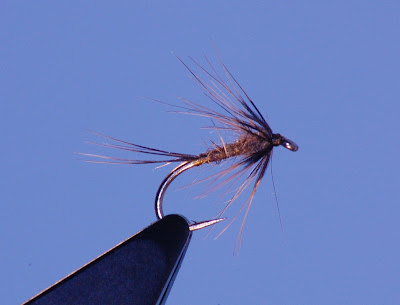 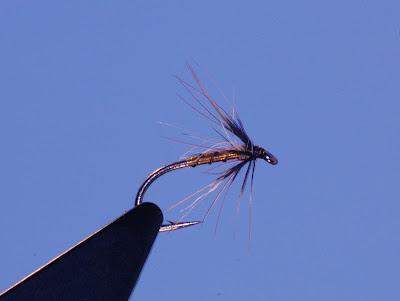