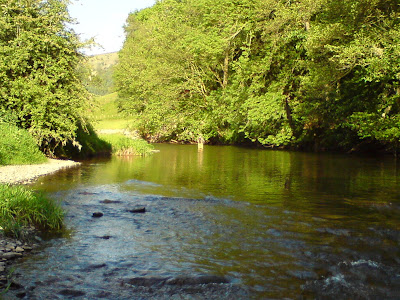 Last Saturday saw me visit the River Monnow, following a kind invite from Dave Smith. The forecast was for it to be an absolute scorcher - and that it was. I spent some time when I arrived watching fish from the bridge. The water was crystal clear and the fish were on station taking nymphs and duns - very much the opportunists.

We ventured through several sections of the river. My first fish was a nymph caught chub - a little unexpected, but it put up a healthy scrap. We both caught a couple of trout on a Klinkhamer - enjoyable search and sight fishing. 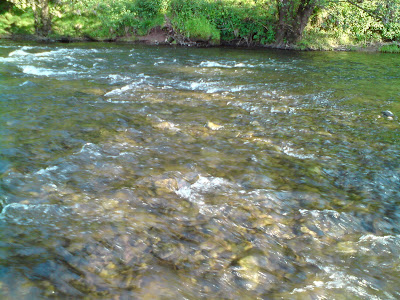 We spent a good hour and a half trying to tempt one particular specimen from a fast riffle. This fish must have gone 3.5lb if not more - and it was holding in the flow, knocking off duns as they passed. When its huge spotted snout broke the surface the adrenaline really started to pump. It was not to be however, and we left him to find more obliging fish. 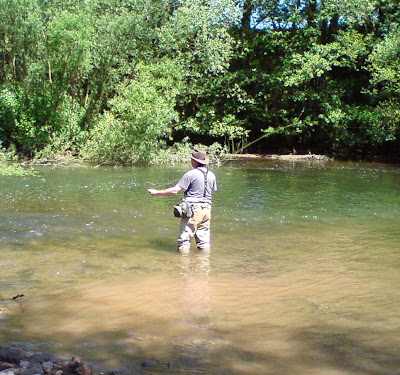 We were joined by another angler, Neil, and after a great BBQ and a beer amongst stunning surroundings, we fished into the evening as the Mayfly spinners started to cloud. It was hard fishing though and they were tricky to tempt. In fact it was very tricky to work out what they were taking. Eventually as the light started to fade, we had some sporadic action on the Mayfly imitations. A great day on a fantastic river. I hope to return soon. 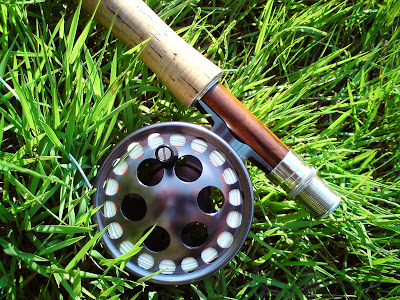 This weekend I will be fly tying at the BASC Wales & Border Counties Game & Country Fair. Hopefully I'll post some pictures of the event and maybe a few more from last weekend's fishing.

Hi Dave, I must apologise for calling you 'John' on the FFF - old age and all that. Good to meet you.

LOL. No bother Neil; I have been called alot worse ;-)