The terrestrial-imitations fly box has holds just a few trusted patterns. Choosing which to use may be a little more complicated than when identifying what is hatching. But careful observation will often help you make the right choice. Are there aphids about? Are the fish rising under leaf filled trees? Are there explosions of ants? Are the fish rising persistently? Remember that fish are opportunistic and will rise to even the odd offering that passes over-head... be that a steady trickle of aphids or a one-off fallen caterpillar.

The odd off-target cast that catches the leaves (does that ever happen..?) may pay dividends as you induce a fall off aphids as you free your fly. It has happened!

So here are a few more patterns that can produce the goods when the fish are feeding on terrestrials:

Aphids
Tie them small; my preference is for a #28 and #30 and have been really favouring the dual fibre thread called Hends Synton. Neat compact bodies with good colour can be achieved even in the smaller sizes: 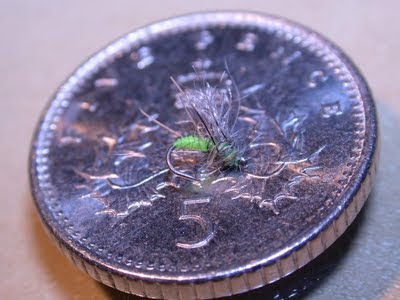 Ants
There are plenty of patterns suggested for ant imitations, but a CDC wing makes a good sighter for this imitation, whilst allowing the body to pierce the surface film. I like the Varivas 2200BL-B for these patterns: 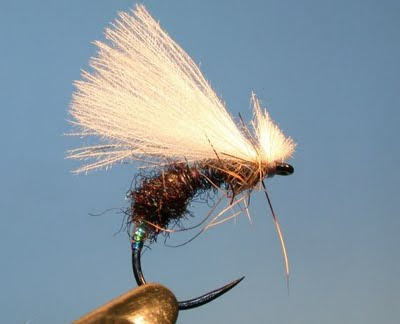 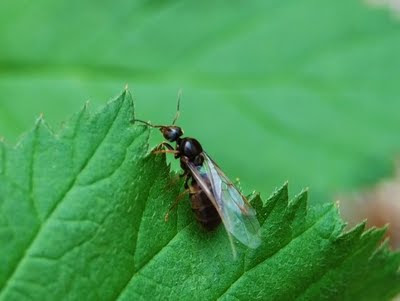 The Super-Pupa
This pattern was originally produced from the vice of Lennart Bergqvist and was devised for use when sedge were taking to the wing. However it is a devastatingly effective pattern and works well even when the fish are taking terrestrials. I first came across the pattern when I was handed a version by Johan Klingberg whilst tying next to him at the British Fly Fair a couple of years ago. A simple palmered hackle with the upper and lower hackles trimmed, this pattern seems to suggest everything and nothing: 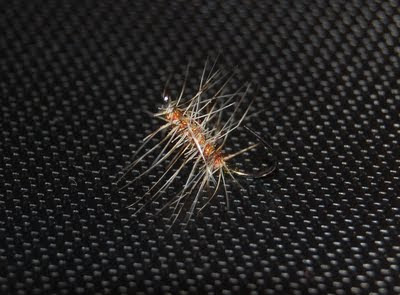 The 'FP': Fully Palmered
This is very similar to the superpupa, but simply leaves the palmered hackle in place. This is a superb pattern. It takes fish dry, wet, upstream and downstream. Simple to tie, it just requires a sparse dubbing and a Rooster hackle palmered through the dubbing. I also prefer to trap the hackle in place using my tying thread - rather than using a more traditional ribbing material: 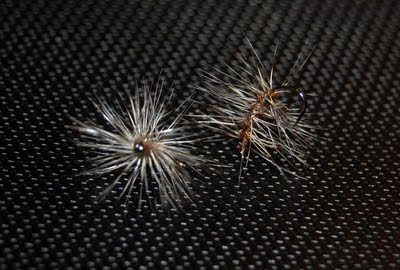 Perhaps the fish see the 'FP' with its generic shape as a spider, beetle of small caterpillars: 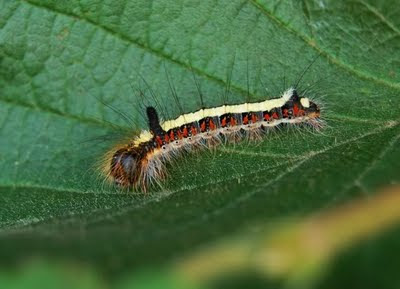 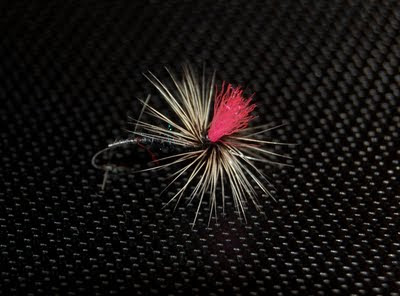 As ever, fly choice is always second to good presentation. Make sure you aim for accurate casts and drag-free drifts.

Your FP is reminiscent of the "Derbyshire Bumbles" and I'm sure would be deadly on rivers like the Manifold and Dove.