Following a recent demo, I thought I'd highlight the technique I use for tying in a wing post for a parachute hackle.

With your post material, 'pick up' the hanging thread. Allow it to sit on the top of the fly: 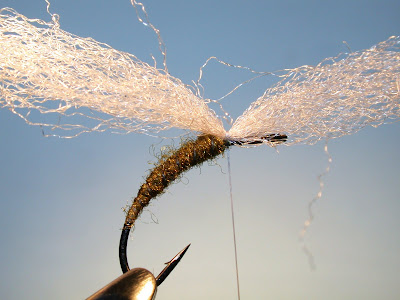 Now turn the post through 90 degrees - as though you were tying the wings in the 'spent' position. Here you are looking down on the top of the hook: 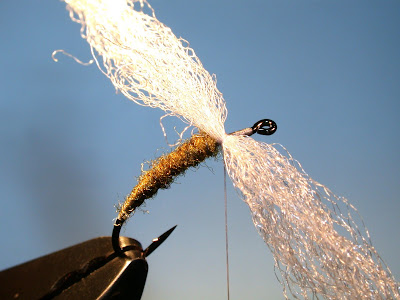 Pull both sides of the wing downwards, either side of the hook: 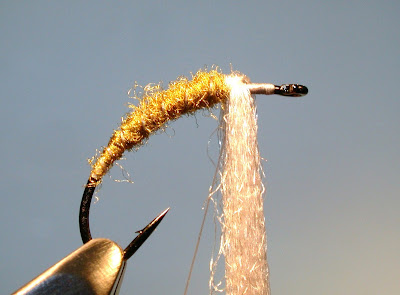 Then, holding the wing together and under tension, swing the wing up to the top of the fly. It should now be in the perfect position as a post for the parachute hackle. Make thread wraps either side of the post and then just two or three wraps around the post - no more though! 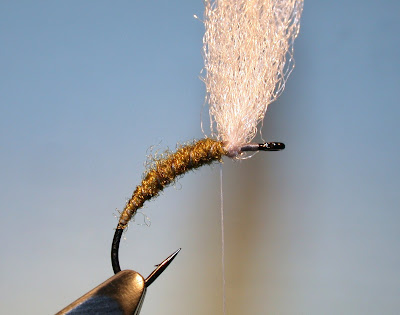 Choose your thorax dubbing and make wraps either side of the post. Start to build a small, neat thorax. Take the dubbing to behind the eye and complete the thorax. The thread should finish next to and behind the post.
From now on you should only make thread wraps around the post: 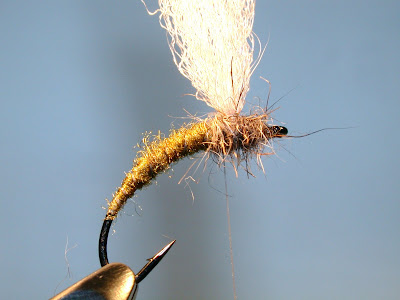 Select the hackle you want. Strip the fibres from the last inch of stem. Offer the hackle feather up to the base of the post. Catch it in with two wraps of thread around the post: 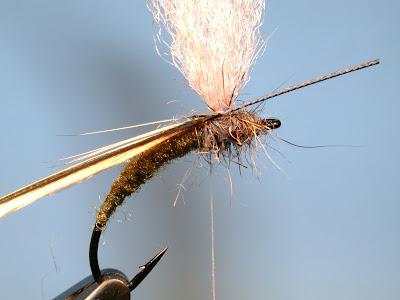 So why choose this technique over more traditional methods? Well doing it in this way allows me to produce:

3) No unnecessary build up of the body (often a danger when tying the post in first and under the thorax / dubbing).

4) The wing is in the perfect position with no need to add extra thread wraps to get it in position.

If you've not tried it, give it a go and experiment.