I did start to wonder if the more sensible option should be to cancel my planned trip due to the extra layer of snow we had been dealt on Monday. However, when I reached the Kennet, it was a truly magical experience. Barn Owls were flying in search of food during the day and a pair of red kites were circling above. Superb sights at anytime of the year, but in a wintery-wonderland, it was something special - albeit the fishing was VERY hard. 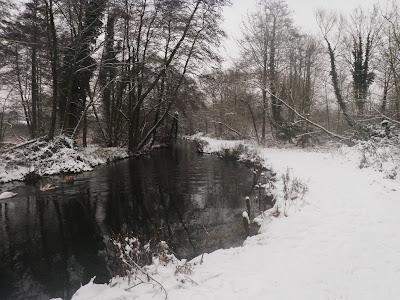 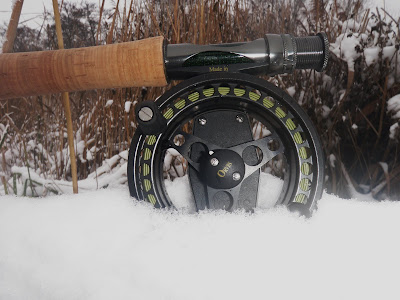 The day's success was always going to be decided by whether the fish could be found. The water was low - especially with so much being locked up on the ground. So it off to the deeper runs with a short line and heavy bug; a lighter S-Loop nymph on the dropper.

One for the dropper: 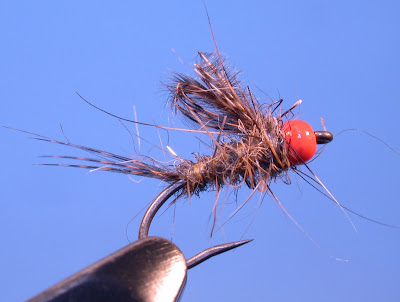 Dropping the bugs through a likely looking run: 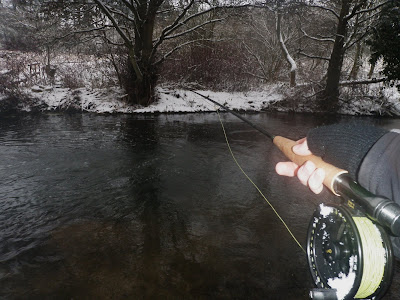 It was hard to find them. The odd nudge of the indicator suggested there was life down there. But it was only small fish willing to put in an appearance. 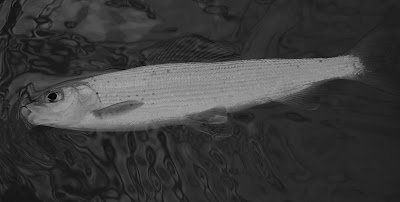 Infact, it was strangely out-of-season trout that were easier to find - I spotted the odd lunker holding mid-stream. 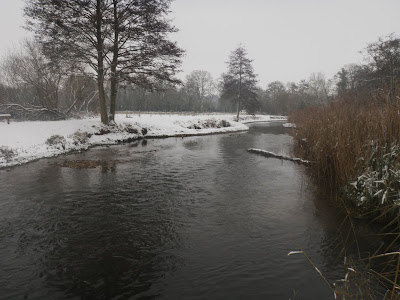 Despite switching between the short line technique and the duo, the bigger grayling proved somewhat elusive, it was good to be out and a pleasure to practice technique amongst such stunning surroundings.

I have been using furled leaders in recent weeks and have been kindly made some to my exact specifications. The turnover is superb and the sensitivity of them hard to beat. In conjuction with a 10' 4" #3 rod, every twist and turn ot eh nymphs could be felt. The furled leader, with a 12" hi-vis section, allowed me to monitor exactly how the flies were behaving.

I have added black markers throughout the leader so it is visible in all lights. Every movement is clearly visible: 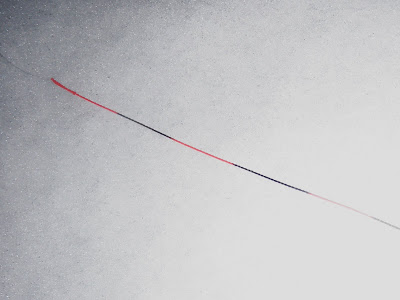 So sensitive is the leader, it reminds of a swing-tip in coarse fishing - only even more responsive to takes. I'll give more details soon about the leaders I've been experimenting with.

This was my last session on the river before Christmas. I hope there are more grayling to report before the new year!

A welcome stop to grab a warming coffee: 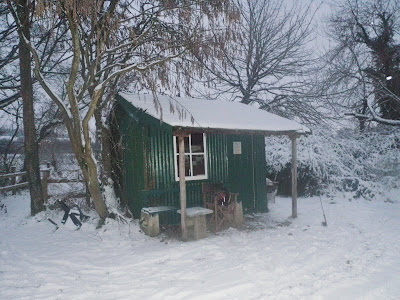 I'll be there on Boxing day and am expecting them to be hard to find as well. The water is so clear, that when you find them, they are spooky.