Sea trout can be fickle creatures, preferring to make their migratory run under the cover of darkness. Anticipation was high last night as I waited patiently with Nick Steedman for the last of the light to disappear before making our first casts. Hearing fish jumping heightened our expectations. Conditions couldn't have been better and it proved to be a productive night's fishing. Mission number one was to get Nick a his first ever sea-trout. 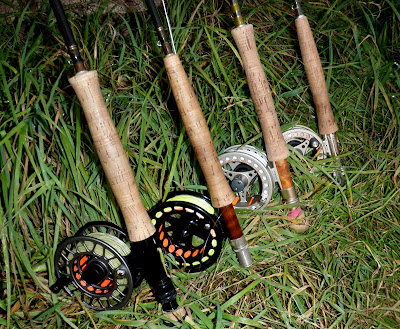 I was delighted to hear a shout from Nick within just a few minutes that a sea trout had taken his fly - his own pattern tied on a single. Mission one accomplished! 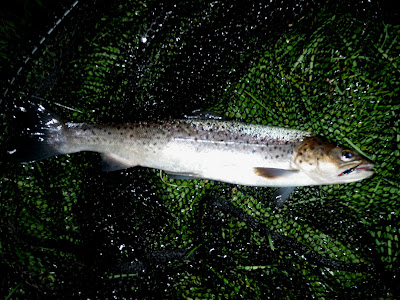 The cloud cover was clearly playing to our advantage and Nick's fly proved successful again very shortly. A slightly bigger fish this time, it was keen to put on a display before gracing the net. 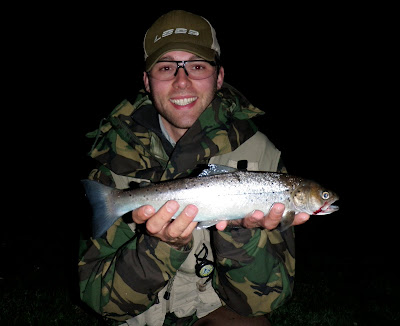 Nick was soon to find success again; it was starting to become quite a night's fishing for him! I was finding some interest with small tube flies and hooked a fish in some very inviting water in the head of the pool. Luck was not on my side though and it parted company... for me this was becoming the story of the night as I had lost several fish.

As the bright moon started to shine through, the river became quiet and fish's interest in our flies seemed to diminish. As the clock turned 2am, and just as I was thinking of retiring back to the car, my fly was gently plucked just as it was swinging to the dangle. After a few lost fish and spirited fight, I was well pleased to see a decent fish lying in the net. 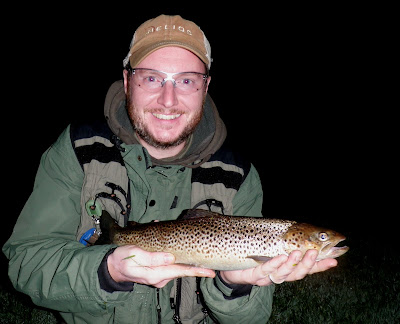 At a little over 2 pounds, it was a well conditioned fish. There was a little red in the adipose fin bringing into question whether this was a sea-trout or a brown trout. Either way, a decent anjd very welcome fish.

Identifcation was also tricky on Nick's last fish of the evening. Possibly a brown trout this time with its red dots and coloured adipose fin, it was a fine fish: 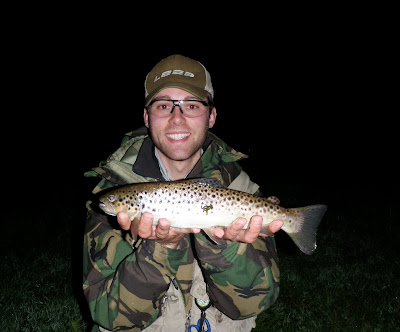 A great night's fishing... which makes the 4am drive back seem rather more palatable.