September can be a great time to pursue brown trout and it's also the the time I really start to think about targetting grayling. However, the end of August and on into the new month can be lean pickings when it comes to fly hatches - which in turn, can make finding feeding fish a little more tricky. Sure, you can fish a nymph, but before you open the nymph box, try a terrestrial pattern. 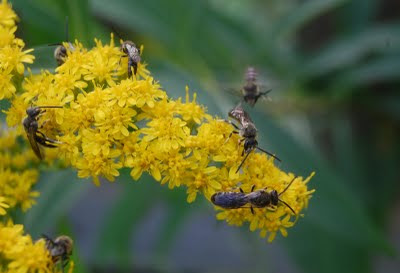 Take a look at the bankside flora and you'll find that it is (and has been for the last few months!) literally crawling with insect life - some of which will find itself falling onto the surface, directed down the food lanes and ends up as a decent meal for a stationed trout. Here are a few of the patterns that sit in my terrestrial fly box and have found me some success:

The Hawthorn Fly
Whilst used as a Hawthorn fly imitation early in the year, this imitation continues to bring success right through the summer (and Autumn) months. It's a simple tying with Pheasant tail fibres knotted for legs and a folded CDC wing. I prefer a curved hook - with my preference being for the Varivas 2200BL. 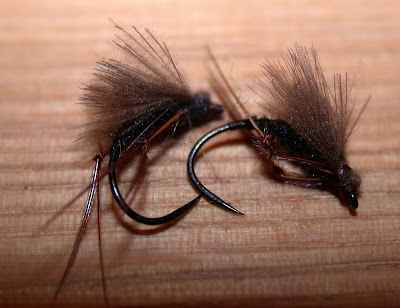 The Procter Beetle
A brilliant, simple pattern that I picked up from Paul Procter. Whilst we usually aim for our artificials to land on the surface gently, this foam backed beetle lands under the leafy bows with a resounding 'plop' - and this can be part of the attraction. The fish respond well to its dark outline and silhouette. My preference is for a pink or orange tag so it is clearly visible on the water. 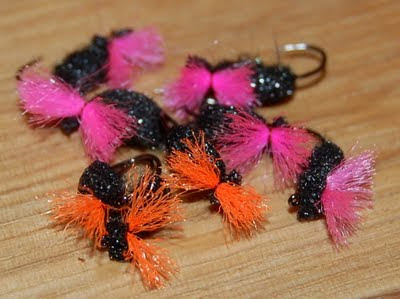 This has become a favourite pattern of mine when rains brings the water levels up and the river is carrying some colour. 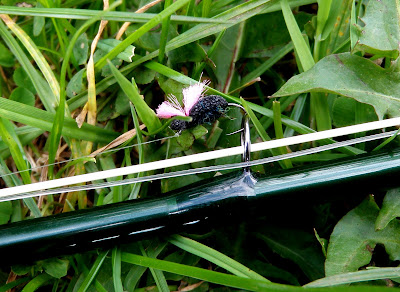 The Klinkhamer
OK, this works in most hatches, but a small, black version can take some beating if the fish are feeding on terrestrial patterns. I prefer it tied in a #22 with an orange wing post. Again, the Varivas 22ooBL takes some beating for this small offering. 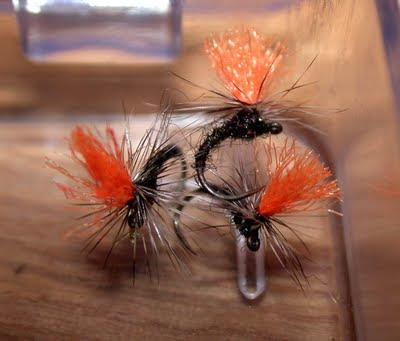 A tying sequence for tying the Klinkhamer can been here: River Fly Box - Klink

I've just done a post much the same about ants and beetles. Last month and this a beetle or ant has been on my tippet, almost more than anything.

Interesting Richard. I haven't found them to be bothered by a sighter at all. However, there are times, a smaller more diminutive pattern is required - which is where the small Klink come in. There are some other options too that I shall post about soon.