High temperatures and bright sunshine simply isn't conducive to good trout fishing. However, I'm not complaining - it's good to see the sun finally out and you get a real feeling that spring has sprung and that Summer's around the corner... and so will be the Mayfly. 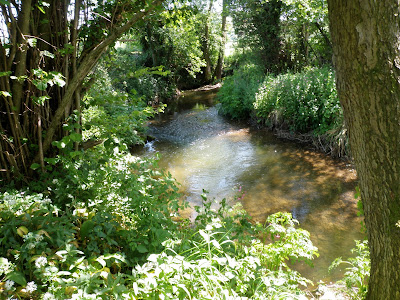 I found the river already low and suprisingly coloured in sections, but with it so bright I felt my chances of success were small. I had decided to give myself an hour of exploring with a promise to make an effort to fish the evenings over the next few weeks. 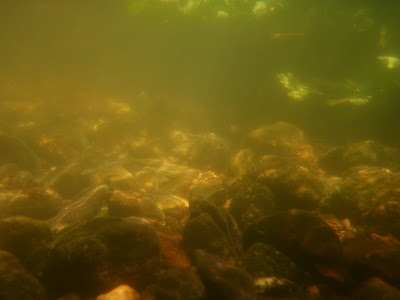 There were very few fish moving. Having spooked some smaller fish I spotted a rising fish - and it was a good one too. Having tried unsuccessfully to reach it from a downstream position, I had no choice but to creep in above it. I managed a few nice drag-free drifts over the position, but it wasn't to be. They were obviously very timid with the bright conditions. Before I moved though, another fish showed itself withing inches of the other bank. Slow, deep water meant drag was hardly an issue - a CDC & Elk planted just two or three inches off the far bank foliage proved too much a for a pretty brown to trout: 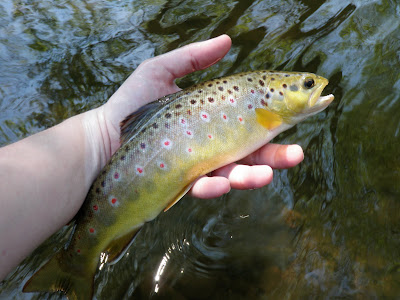 Fly life was pretty slow. There were masses of midges, especially over the faster runs: 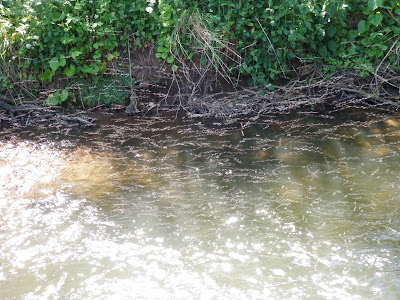 A decently sized Stone-clinger would make a perfect picking for a trout: 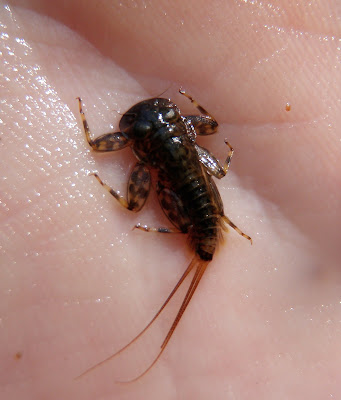 Oh, and I saw my first, albeit solitary, Mayfly of the year. 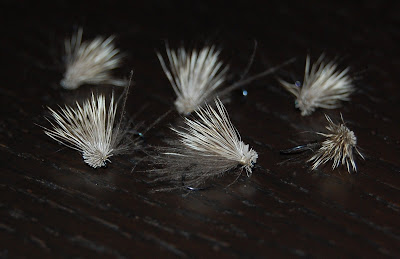 Hi Dave,
could you post a picture of the elk and cdc fly please? I had a really tough time on my local club water the other day even though I eventually banked two trout and a grayling on a very small para' and a small light version of a Ducks Dun.I'd Be interested to see the fly in question
thanks
Peter

Peter: Added for you. Just click the link and see a vidoe tutorial tied by Hans Weilenmann himself.

It's a stunning little fly - one not to be without.

Dave,
thats very kind of you. I've looked at the link and earmarked the pattern for my box
regards
Peter